The Ngorongoro Crater is one of Africa’s most famous sites and is said to have the highest density of wildlife in Africa. Often described as the “eighth wonder of the world”, the Crater has achieved world-renowned status, attracting an ever-increasing number of visitors each year. You are unlikely to escape other vehicles here, but you are guaranteed great wildlife viewing in a genuinely mind-blowing environment. There is nowhere else in Africa quite like Ngorongoro!

The Ngorongoro Crater is the world’s largest intact volcanic caldera. Forming a spectacular bowl of about 265 square kilometres, with sides up to 600 metres deep, it is home to approximately 30,000 animals at any one time. The crater floor consists of a number of different habitats that include grassland, swamps, forests and Lake Makat filled by the Munge River. All these various environments attract wildlife to drink, wallow, graze, hide or climb.

Ngorongoro Crater is one of the most likely areas in Tanzania to see the endangered Black Rhino, as a small population is thriving in this idyllic and protected environment. It is currently one of the few areas where they continue to breed in the wild. Your chances of encountering leopard here are also good, and the fabulous black-maned lions.

Getting there: Either road transfer or domestic flight. 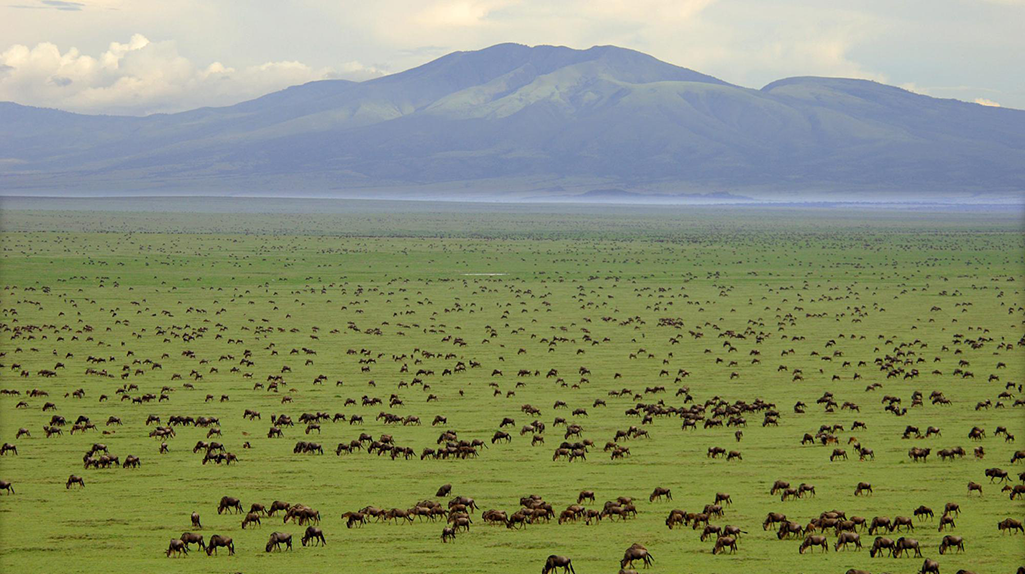